As businesses around the world figure out how to move on from the economic downturn brought on by the COVID-19 pandemic, the Hospitality Industry is no exception. With the opening of borders and relaxation of local safety measures, the appetite for travel and entertainment has picked up quickly, even more so than most industry experts had initially expected. That’s excellent news for businesses, except for one detail: we are still heavily dependent on human talent, which has been scarce as of late. Despite the trend towards digitalization and workflow automation, we find ourselves in a race to call back furloughed staff or hire new employees to keep up with expected service levels. Simply put and likely obvious to all reading this, there’s a labor shortage.

In this new series, we speak with four professionals about their views on the global talent shortage in hospitality, the challenges they are facing, and how they are coping and adapting. Our four interviewees span the industry with diverse experience and backgrounds: Danica Smith, Director of Product Engagement at Shiji Group; Gefferson Alves, Managing Director at Ba’ra Hotel Joao Pessoa; Stephen Burke, Founder of Robosize Me; and Rosanna Maietta, EVP Communications & PR at the American Hotel & Lodging Association (AHLA).

Today we take a look at our conversation with Danica Smith, the Director of Product Engagement for ReviewPro, which is part of Shiji Group. In Danica’s role, she is in constant contact with B2B clients in the Hotel Industry while coordinating internal efforts between multiple departments and so has a unique perspective on the labor shortage. Danica has over 14 years of experience in both Marketing and Hospitality, in addition to experience as a speaker at various industry events and webinars.

Danica first realized how bad the labor shortage was at her sister’s wedding, the first such event she attended since the beginning of the COVID-19 outbreak. She chose a hotel in London specifically to make the most of the occasion and enjoy the evening, as well as the hotel bar after the wedding. Upon arriving for check in on a Saturday morning, she was told that it was not possible to access her room early due to a full house situation the night before, which she thought of as happy news for the establishment as it showed business levels were recovering. With usual London bar and pub operating hours in mind, where closing times can vary from 11pm to 2am, she was surprised to learn that the hotel bar would be closing at 9pm due to a staff shortage. The experience made her realize the reality hotels are facing all over the world isn’t much different from what she saw that day in London: on the back of great occupancy rates after nearly two years of hardship comes the devastating challenge of opening up again with suboptimal staff levels and increasing demand. “Hotels are finally recovering their occupancy, getting good rates, but just don’t have a way to sell,” she said.

After this first realization, Danica has come across more and more similar stories and also sees from her network how the shortage is affecting hotels. She recalls how, previously, it was unthinkable to have a HOD or senior position unfilled for too long even as job loads were at maximum capacity, “And now some hotels have to cope without, say, a chef, an F&B Manager, 5 heads of department and barely any waiters, all at once”. Examples include a client in the UK with 30 hotels who at one point had 60 to 65% of staff sick with COVID in January this year, or another client operating 10 hotels where 35% of executives and management team haven’t returned since their reopening, or yet when she was in a call with a CEO that had to be cut short as he had to go clean rooms.

It can be difficult for owners and management to know where to put their energy: “What used to be all about guest experience and putting guests first has now turned into talking about staff attraction, retention, and motivation, [so much so] \that ReviewPro’s approach to some products has changed.” For example, their case management feature, which leverages seamless workflows and information distribution to culminate in improved guest experiences, has ReviewPro staff now highlighting its uses for reducing burnout of internal staff, lest they leave the company, as opposed to focusing the pitch strictly on benefits for consumers.

Since 2009, there have been “wave after wave of uncertainty threatening businesses,” such as recessions, conflicts, and so on, culminating in today’s extreme situation, says Danica. Today, each country may be experiencing the labor shortage in different ways depending on the micro environment, but they are all facing challenges nonetheless.

She cites a client in China, where hotels are fortunate to have a solid domestic market to counter the still strict international border closures, despite the on-again-off-again regional lockdowns, with occupancies fluctuating between above 90% and single digits in the mere space of two weeks.

“When you have a team of five receptionists they have time to answer [every question], but in the current context of staff shortages or cost-cutting, is it really a good use of time to have staff answer the same question several times a day when a queue of people is forming at the desk?”

The whole of Europe is now experiencing a new wave of fear and disruption due to the Ukraine crisis. Known as ‘the breadbasket of Europe’, Ukraine produces much of the grain and its byproducts consumed by the continent, which is now being disrupted. Produce shortages, combined with the fuel crisis resulting from the same conflict, contribute to the sourcing difficulties hotels and restaurants are facing, as well as the logistic disruption of deliveries, all which extend to other parts of the world. “There aren’t many chickens, many food products are short, there are lots of amenities that hoteliers and restaurants are really struggling to get,” she adds.

And as if the labor shortage, produce shortages, and increased delivery lead times were not disrupting enough, these hurdles cause an additional challenge to daily operations by making it nearly impossible to plan staff and delivery schedules. Hotels and restaurants everywhere struggle to allocate their lean manpower and schedule orders due to uncertain occupancy patterns and table reservations demand, making costs difficult to control as well.

The Road to Recovery via Technology

Danica recognizes that “improvements will not be so quick to come, but things did start getting easier” in several parts of the globe. She highlights the importance of hoteliers putting pressure on governments as individuals and as an industry to change the perception of the industry itself. Negative stereotypes that some people carry of a career in hospitality can be influenced by educating the youth about how fun, dynamic, and exciting the industry really is. Thus, she opines that having “hoteliers and their associations step up and look at how to make the industry more appealing to young people is a way to move forward” and secure a strong talent pool.

When dealing with staff attraction and retention, she suggests creativity when solving problems. Improving working conditions on a basic level, such as offering more contracted positions and keeping benefits on par with similar industries will motivate staff. Sending the message that the hotel cares about its employees and has resources to support them in their tasks shifts the focus of recruitment from monetary compensation to keeping talent happy and cared for, so they can in turn take care of guests.

Danica maintains that, “Companies have to put effort into HR functions and be creative in how they employ, interact, and keep staff, and technology plays a massive part in that.” Technology can indeed be a great ally in this endeavor, and she believes that hoteliers can no longer operate successfully without it. When a hotel has the latest technology stack and seamless integrations, to a housekeeper it means a steady and accurate flow of information from other departments telling them exactly which task can be tackled. To a receptionist this may mean having different channels of communication that ensure better communication with guests.

Research conducted by ReviewPro also showed that 68% of messages received by a hotel’s reservations department are about the same eight questions. The problem with that, Danica explains, is that, “When you have a team of five receptionists they have time to answer all [of those questions], but in the current context of staff shortages or cost-cutting, is it really a good use of time to have staff answer the same question several times a day when a queue of people is forming at the desk?” Using automation, therefore, allows for far better use of manpower hours and decreases pressure on staff. Apart from these benefits, automation also generates reports that can be used by managers to identify areas of improvement. For example, if the same eight questions are popping up, perhaps it’s pertinent to modify the message and ensure that these pieces of information are made more obvious to guests on the website or via other means of communication.

That said, Danica cautions hoteliers from assuming that technology must instantly solve problems or that there is a magical solution out there that will transform things overnight. Integration may take a few months, depending on the ecosystem of each hotel, but once set up, the results can be extremely beneficial and all it takes is some patience and work to make it happen.

At the end of the day, the labor shortage is a complex issue and there isn’t one single solution. As mentioned, bringing in governments, advocating to the new generation of talents, and making use of technology are some options available. But above all, as guests become more aware and understanding of the issues, it is paramount to be transparent and forthcoming in the communication with them, and also with staff, so that the right expectations are set on all fronts. Honesty is, afterall, still the best policy.

Stay tuned for our next conversation on the hospitality talent shortage next week. 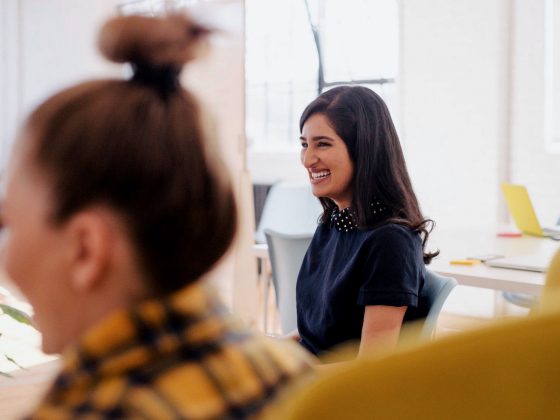 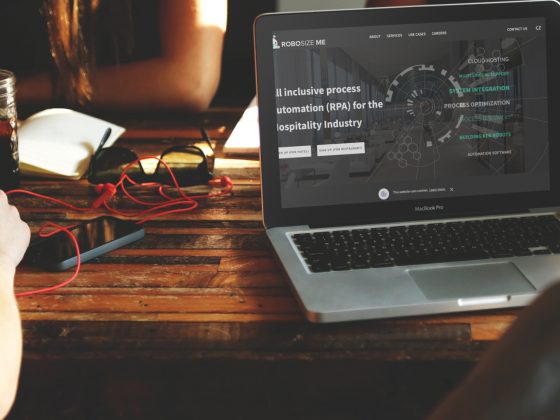 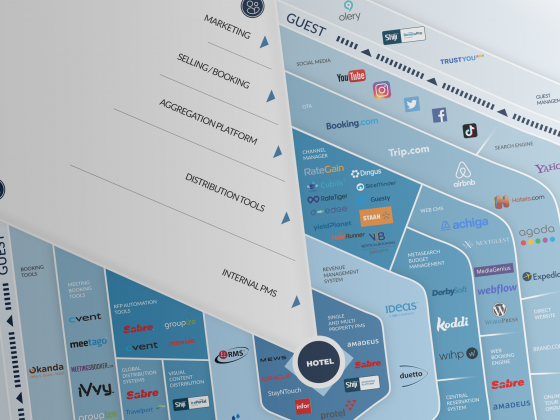 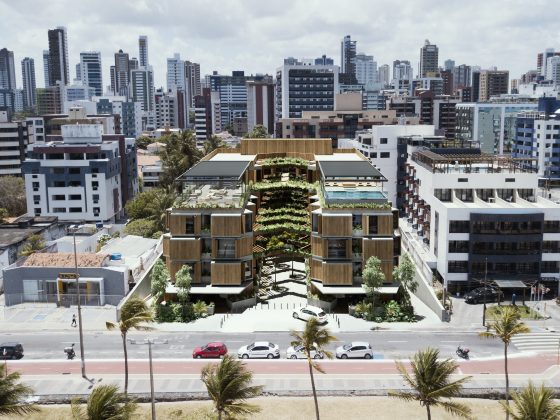 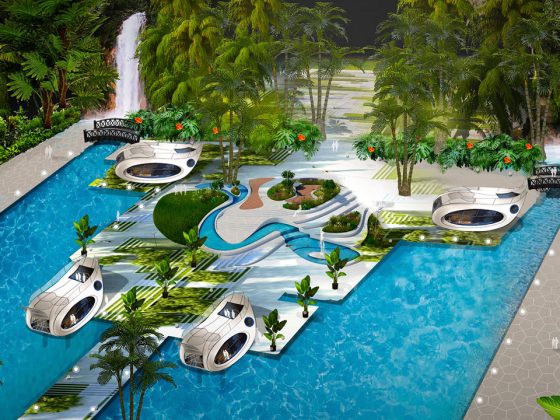 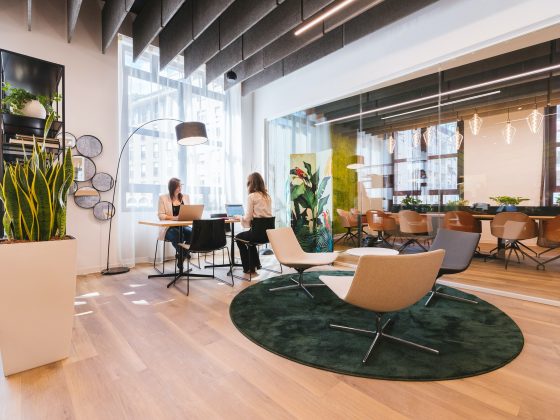 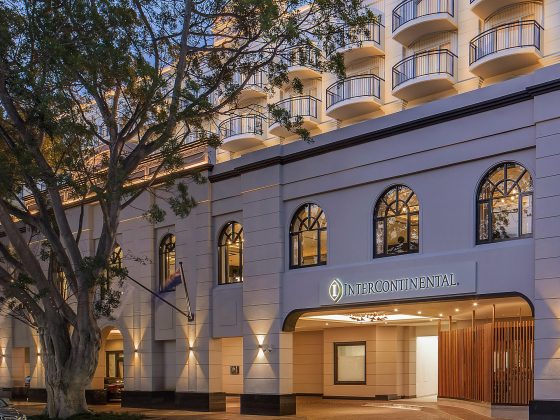